The Problem: Why We Hurt

Do you ever wonder why we get inflamed? The term “inflammation” means “on fire.” Americans are the most inflamed people in the world. Call us the inflammation nation. Americans are “on fire,” but with illness, not with health. We need to know how the fire starts and what preventive-medicine fire extinguishers to use. Inflammation itself is good. It’s a healthy part of metabolism and healing. It’s a normal response by your body’s department of defense – your immune system. It is vital to your survival.

The inflammatory response is one of the oldest survival mechanisms

Designed to protect, repair, and heal, we could not live without it. That is why the body’s entry points for germs and collection points for toxins (the lining of skin, breathing passages, gut, blood vessels, and joints) are equipped with powerful resident armies. These are the tissues most prone to battle damage, or “-itis”. In these areas, the “good inflammation” that heals us can turn into “bad inflammation” that hurts us.

Excess inflammation is too much of a good thing

There’s a constant fight, or fire, going on inside your body. Your immune system army is constantly on a search-and-destroy mission. Each soldier, or immune biochemical, is programmed to identify agents that enter your body. Your immune soldiers identify healthy foods, clean air, and harmless bacteria as “self,” that is, “You are friendly and belong in this body, so I will leave you alone.” And they identify as “non-self”, or alien, such things as germs, junk food, unhealthy biochemicals and toxins, concluding: “You are foreign and don’t belong here, so we’re going to attack you, fight you, and get rid of you so you don’t harm the body.” Sounds healthy, and it is, up to a point.

The case of the cut finger. When the immune system soldiers fight the germ, a mini “fire” breaks out, hence the term “inflammation,” or in this case “friendly fire.” For example, you cut your finger, and germs get under the skin. Inflammatory soldiers rush to the scene of the crime to prevent infection and tissue damage from the splinter. You start feeling the inflammatory effect of these tiny fires in your finger. The area gets red, swollen, and feels hot; and you may even notice “throbbing” as more blood flow comes to the site of the battle. (The bloodstream is the immune army’s transport system.) That’s the inflammatory response you see and feel in your finger. That’s healthy inflammation, and the fighters are called pro-inflammatories, or fire starters.

Your body’s social network. Just imagine millions of these microscopic soldiers traveling around your body. The communication commandos of the army are called cytokines (“cell movers”). Like cyto- texting or chemical emails, these biochemicals travel all over the body and send signals that germ invasion or disease is going on and the body needs help. Cytokines have obvious names, such as interleukins (messengers that talk between leukocytes, or white blood cells); and interferons (messengers that interfere with germs getting into tissues). These commandos mobilize the immune system army from the lymph nodes in the gut, the spleen, or wherever the nearest army is to the battleground. For example, if you have a cut, cytokines notify platelets and fibrin, which are like microscopic paramedics with bandages, to rush to the site of the hurt and stop the bleeding. These cytokines, or chemical messengers, go hunting for reinforcements, such as white blood cells, and attach themselves to these cell-soldiers, personally escorting them to the battlefield. A prominent cytokine that you all know, and have felt, is histamine, the biochemical that rushes to the entry of an allergen in the nasal membrane to flush it out. Then we sometimes take an antihistamine to dial it down when the nose continues to drip.

Remember me? The first job of your immune system is surveillance, differentiating between cells that are normal parts of the body and belong there, and cells or germs that are invaders. Immuno-speak is “self” and “non-self,” or “belong here” and “don’t belong here.” The immune system possesses a vast memory. After it attacks an invading foreign cell, say a germ or chemical toxin, and destroys it, the army remembers what that cell looks like. If that cell tries to reenter, the body is then primed to get rid of it more quickly. This is the basis for vaccines, priming the immune system with a bit of the germ so it’s ready for the big fight when the real germ appears.

Meet the troops. The two key players on your immune team, antibodies and white blood cells, are strategically located at checkpoints throughout your body, especially where germs are more likely to enter, such as the lungs, intestines, and bloodstream. Think of the three types of fighter immune cells – T-cells from the thymus, B-cells from the bone marrow, and natural killer (NK) cells – like military bases. These military bases are constantly sending out radar signals to detect foreign germs that enter the body, and they try to remember those they’ve met before. After detecting the “terrorists,” they send out antibodies called T-cells, which are smart bombs, to travel around the body to destroy the germs. The B-cells make specific antibodies that bind to the surface of the germ like a barcode stamp, targeting it for destruction by the immune cellular army. Finally, special white blood cells, called macrophages (“big eaters”), mop up the war zone and the body is back in inflammation balance. Much of this army’s time is spent correctly identifying foreign germs, such as bacteria and viruses, and artificial chemical foods or fake foods dubbed “frankenfoods.” The troops conclude: “You don’t belong here. We’re going to attack you.”

How they fight and how they fail. As if we need another dysfunction, inflammation imbalance could really be called “immune dysfunction.” First, the immune system army can entirely miss the invader. The germ gets through the checkpoints of the lungs, through the gut or skin into the bloodstream, and goes undetected until it causes harm or illness. Second, too many germs can enter the body too quickly and overwhelm the immune system. Take, for example, the flu. A big fight breaks out: fever, fatigue, and chills – all signs of inflammation, that your immune system is fighting the germs. After four or five days of flu-fighting, the immune system wins. You start feeling better because the battle is over. A third, different kind of fight is the worst one. Sometimes the immune system gets its signals mixed up, doesn’t correctly identify self vs. non-self, and starts attacking the body’s own tissues, mistaking them for foreigners, such as the lining of joints (arthritis), the lining of the gut (colitis), skin (dermatitis), and so on. These are called autoimmune diseases, meaning the immune system attacks itself, sort of like an army mistakenly attacking its own soldiers. Finally, sometimes the immune system is confused when a foreign invader, such as a factory-made chemical coloring, attaches to part of a real food: “Do I attack the real food or the fake food or both?” Hence the epidemic of food allergies.

How “-itises” heal. Meanwhile, back at the sore finger, as the inflammation subsides, and the swelling, redness, and heat lessen, there is a mess left within the tissues like debris after a battle, known as “tissue wear and tear.” So another group of soldiers, called anti-inflammatories – fire extinguishers – (I like to call them the healers) come into the tissues and repair them. 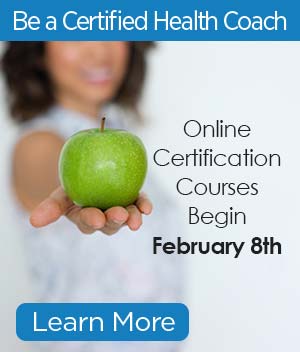