Last month I took my teenage girls to Boulder, CO for some “girl time.” One of our favorite things to do together is drink tea, and there are two places in Boulder tea lovers should definitely make a point to see. 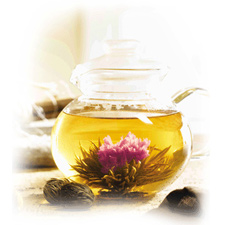 The first is The Boulder Dushanbe Teahouse. “Completely built by hand without the use of any power tools, the Teahouse was constructed in Dushanbe, Tajikistan [and given] as a gift to their sister city, Boulder.” This was the first time in our lives we got to experience Blooming Teas. Your clear glass is served with a bulb lying in the bottom. Hot water is poured over the bulb and it “blooms” right before your eyes. It is beautiful and delicious!

The second “must see” in Boulder is Celestial Seasonings. Yes, this is the place where all of that amazing tea in your grocery store is made. They give fun tours and you can sample as much tea as you like! During the tour and our time at the Dushanbe Teahouse, we learned some interesting information about the health benefits of tea and the different types of tea which I thought I would share with you.

There are four different “types” of tea that come from the Camellia Senesis plant: black, oolong, green, and white. In addition, there are “herbal” teas which aren’t tea at all but herbs or a blend of herbs prepared and consumed just like tea. All tea leaves are picked by hand because the leaves are very delicate and can be damaged if harvested any other way. The four types contain several health benefits of drinking tea. 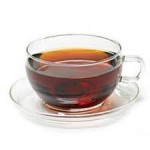 Black tea is the most popular tea worldwide and is made from the young tea leaves and the buds which are completely oxidized after they have been dried. Oxidation occurs naturally when enzymes in the leaf are exposed to air, similar to how an apple browns. In general, the more oxidized the tea leaf, the darker the infusion and bolder the flavor. To make black tea, the leaves are dried for about 18 – 20 hours and then rolled, twisted and compressed which bursts the cell structure and releases the juices of the leaf which begins the oxidation process. The leaves are allowed to oxidize fully, which is largely responsible for the flavor, color, and strength of black tea. The health benefits of drinking tea make it great in the morning. Black tea has approximately 20% as much caffeine content as a cup of coffee. It is also rich in the antioxidants, flavonoids and polypehnols, as well as manganese, which can help maintain a healthy cardiovascular and circulatory system and provide great health benefits of drinking tea. 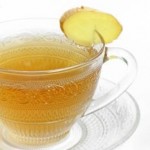 Oolong teas are partially oxidized after which the leaves are bruised by shaking, leaving most of the cell structure intact, and are then allowed to oxidize. According to the experts at the Dushanbe Teahouse, oolong teas “can range from 8% oxidation levels, to 80% oxidation levels. This wide variance creates a spectrum of flavors, colors, and aromas that range from very green to dark full brews. Leaf styles can also range from full, unrolled styles like the Phoenix Oolong, to tightly rolled selections like the Ti Kuan Yin. Although oolongs may initially seem more expensive than other types of tea they are designed to be infused several times. This quality drastically reduced the “per pot” price, and each infusion yields its own special flavor and characteristic.” Oolong adds to the health benefits of drinking tea because contains 10-15% of the caffeine in a cup of coffee. Oolong tea is high in polymerized polypehnols. A Japanese study in 2003 showed that oolong tea increased metabolism by up to 10% and a Chinese study in Feb. 2009 showed that oolong tea significantly decreased body fat, making it a healthy tool for reducing and maintaining weight. Oolong provides further health benefits of drinking tea because it is also thought to promote healthy skin and teeth. 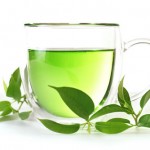 Green tea is not oxidized. After the leaves are harvested, they are allowed to air-dry just long enough to reduce the moisture content about 10% and make the leaves more pliable. Once this is done, the leaves are steamed which stops any oxidation and fixes the juices in the leaf. The taste or character of green tea is dependent on when the leaves are harvested, how mature the plant was, the geographic location, weather conditions, and how the plant was cultivated. Green tea contains 5-10% of the caffeine in a cup of coffee. Due to its minimal processing, green tea provides some extraordinary benefits of drinking tea because it contains a high concentration of catechins (specifically EGCG), a potent antioxidant that prevents damage to DNA, prevents cancer, blood clots, and hardening of the arteries. A study published in the American Journal of Clinical Nutrition in January, 2005 showed more health benefits of drinking tea because catechins can also reduce body fat. 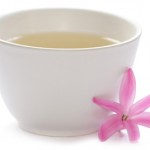 White tea is not rolled or allowed to oxidize at all which leaves the leaf in a full, unbroken, natural state. Currently there are two major styles of white tea; traditional “buds only” tea and the “bud and leaf” style. White tea adds different benefits of drinking tea because it is the lowest in caffeine as it contains approximately 1% of the caffeine in a cup of coffee. Of all the teas, white tea has the highest antioxidant level. Like the health benefits of drinking tea for the other kinds, white tea is high in catechins which are cardio protective and cancer preventing. The antioxidants in white tea have also been shown to boost the immune system and even fight against the bacteria salmonella. 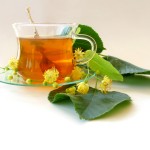 Herbal teas (or herbal infusions) are made from herbs, fruits, seeds, or roots, and like tea, are steeped in hot water. Herbal teas are lower in antioxidants than traditional teas. Depending on the plant used, chemical compositions vary widely but include ginger, ginkgo biloba, ginseng, hibiscus, jasmine, rosehip, mint, rooibos (red tea), chamomile, and echinacea. Since herbal tea is really not tea at all, but herbs, pure forms do not contain caffeine. Herbal infusions have different health benefits of drinking tea because it depends on the type of herb used. Recent research on herbal teas has shown the following:

For further recommendations on the health benefits of drinking tea read Dr. Bill Sears’ opinions on good teas to drink.