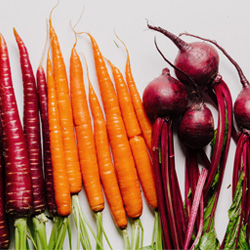 Yes!  A big YES! This is a common question I am frequently asked by parents wanting to feed their children the healthiest food. Children do need organic food and this article explains the benefit of feeding organic foods to your little one. Since DSWI is a show-me-the-science institute, I did some scientific digging and found an interesting article where researchers at the University of Washington studied 42 children ages two to five and divided them into two groups: a group that was fed at least 75 percent of foods labeled “organic,” and the other group was fed at least 75 percent non-organic.  The researchers then measured the traces of organochlorine pesticides in the children’s urine.  Not surprisingly, the level of pesticides in the “organic” children’s urine was below the maximum concerning level advocated by the Environmental Protection Agency (EPA).  Specifically, the level was one-sixth that of the “conventionally-fed” children.  The level of pesticides was four times higher than the official safety limit in children eating the conventional diet.

Researchers felt that this was such an important study that the University of Washington did a second study of 23 children on a conventional diet where they found the presence of pesticides in their urine. What was interesting is after these same children consumed mostly an organic food diet within a few days all traces of pesticides had gone from their urine.  But, when they resumed their conventional diet, the pesticides initially seen in their urine quickly returned.

(References: Corl, C.L. and others, “Organophosphorus pesticide exposure of urban and suburban preschool children with organic and conventional diets,” Environmental Health Perspectives 111:377-82, 2003.  Also, reference to this study is found in one of my favorite reads: Anti-Cancer, A New Way of Life, by David Servan-Schreiber, M.D., Penguin Group, New York, 2009.)