The performing arts, including music, painting and dance, are increasingly being used to “pump new life” into older adults. A recent documentary titled, “Alive Inside” highlights the benefits of music for those whose personalities and memories are affected by dementia. Across the country, efforts are being made by several organizations to incorporate the performing arts into senior living centers, retirement homes and nursing homes. 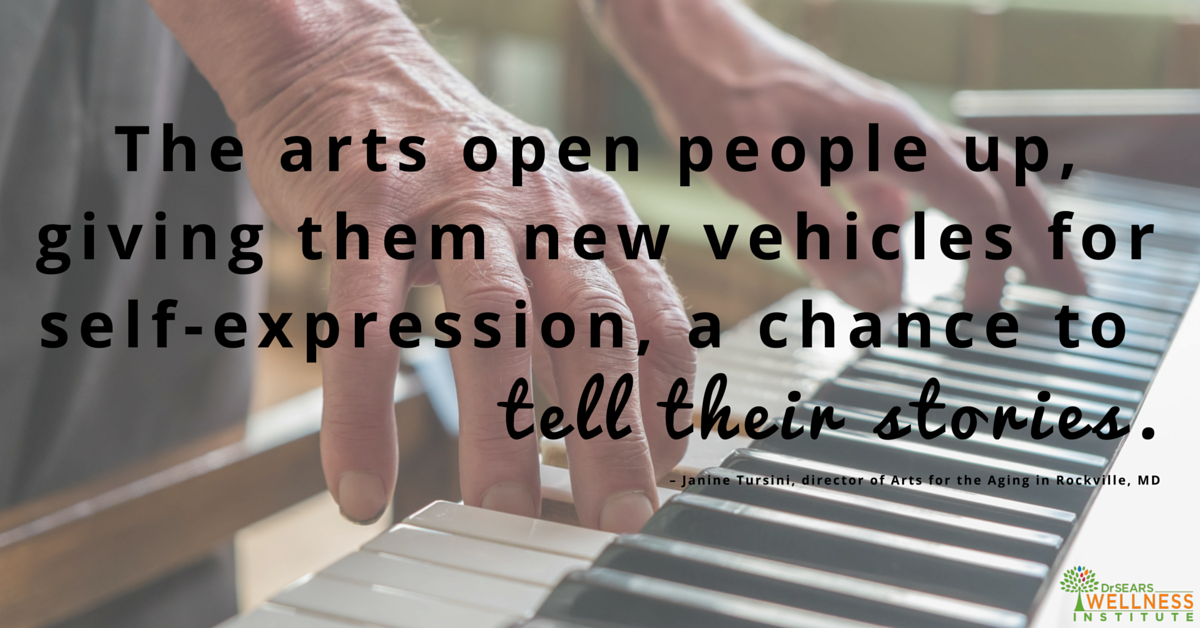 Your Brain and the Arts

In addition to supporting creativity, music can also help relieve stress. Music opens up the endorphin-releasing pathways to the brain and mellows the same parts that control heart rate and blood pressure. To boost the brain’s pleasure centers even more, sing along! Music reduces circulating inflammatory substances in the body. Here is Dr. Sears’ “mood medley” playlist:

Pleasant music can be very healing. The Mozart effect, touted for mellowing fussy babies, may have similar results in older minds. To soothe patients, hospitals are using music therapy during anxiety-provoking procedures such as cardiac catheterizations. Listening to pleasant music activates the part of the frontal lobe involved in moods and emotions. Can music muster up new brain cells? Possibly. PET scans show that some parts of the brain are larger in musicians than in nonmusicians. Music therapists suggest that melodies “warm up” the brain.

In a film called “Do Not Go Gently,”  geronotolgist and founder of the Creativity Discovery Corps, Dr. Cohen, interviews people 85 and older to further uncover the lifelong creativity and the impact creativity in prime-timers has on the brain. Through his work, Dr. Cohen has found that creativity impacts the mind and the brain, resulting the new dendrites, or communication channels, in the brain.