Sodium and Its Role in Your Diet

Recently, the government announced its plan to scale back the amount of sodium restaurants and food distributors include in their food. This comes from recent debate and demand from organizations including the FDA and The Centers for Disease Control (CDC), who have been urging the current administration to curtail the amount Americans are ingesting as part of their diets, citing that 9 out of 10 Americans are eating too much salt. The current recommended amount of sodium in the average American’s diet is 2300 mg per day, but research indicates Americans eat more along the lines of 3400 mg per day.

What does Sodium do?

Sodium is actually a very important nutrient for the human body. Without it, we literally could not function. In a nutshell, your body uses it to maintain blood pressure and fluid balance as well as contract muscles and send nerve impulses.

How does my body get it? 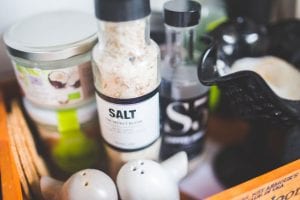 Sodium is in fact naturally present in many foods. For example, did you know beets, milk, and celery naturally contain it? Even your drinking water can contain some. That said, we receive the majority from salt. (Remember, sodium and salt are not the same things. Salt actually contains sodium—if we go back to the days of high school Chemistry, we know that salt contains both Sodium (40% by weight) and Chloride (60% by weight).) In addition to table salt, we run into more in our processed foods, such as bacon, lunch meats, frozen dinners, and canned foods.

What happens when I have too much in my diet?

Sodium has been linked to increased blood pressure. According to the American Heart Association, when there’s excess sodium in your bloodstream, it pulls water into your blood vessels. With that increased volume of blood flowing through your body, your blood pressure increases, “It’s like turning up the water supply to a garden hose — the pressure in the hose increases as more water is blasted through it.” The risk of this excess fluid in your blood vessels is that it can do damage to the blood vessel walls and accelerate the build-up of plaque; like a pipe that has a bunch of gunky build-up, the plaque begins to slow down the flow of blood and your heart has to work even harder to circulate your blood.

As with all things, sodium has its pros and its cons. The truth is, we all probably have too much in our diets, so we can all make more prudent decisions about the food we eat. As we train our Health Coaches here at the Institute, we constantly emphasize the importance of real food: foods that are whole, fresh, pure and minimally processed. That said beware of extremes! Excess sodium has ill effects, but it’s still something your body needs. At the end of the day, moderation in all things is key, and this is no exception. If you look at your labels and see high levels of sodium, you have a red light food on your hands—stop and think about it before you include it in your diet. And if you aren’t sure how much is too much, consult your doctor. 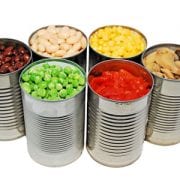 Are All Processed Foods Harmful For Us?
REGISTER NOW
Don't Want to Wait Watch Our Discover Health Coaching Webinar