How Waist Size Impacts Your Health

Suppose you went for a checkup but your doctor had time to take only one measurement to most accurately assess your overall health. The doctor would measure your waist size. This could be your most important vital sign. Recent research shows that waist size is one of the most controllable risk factors of heart attack. One of the quirks of prime time is that we tend to accumulate more abdominal adipocytes (fat-storage cells) around the middle. Before age forty, testosterone in men and estrogen in women distribute body fat more evenly and keep it from collecting around the middle. Between the ages of forty and fifty, these hormones usually decline, causing buildup of belly fat. During menopause, women have higher circulating levels of insulin and therefore tend to store extra body fat. 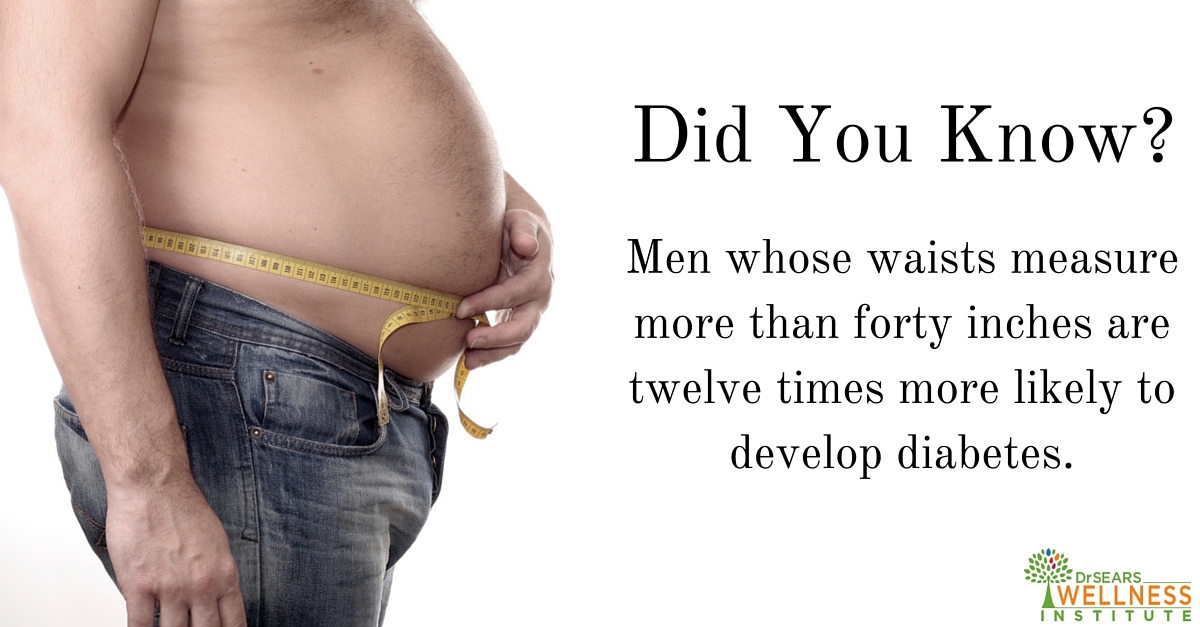 Excess abdominal fat is just the tip of the iceberg. The more fat that shows around the waistline, the more likely it is that excess fat is being stored inside the abdomen. Visceral fat, or “middle fat,” behaves like a different animal chemically. It is a metabolically hyperactive fat, which means it releases health-harming chemicals into the bloodstream that cause premature aging and increase your risk of:

An increase in abdominal fat can cause an increase in blood levels of cholesterol, blood sugar, and triglycerides, and can elevate blood pressure. This excess fat tissue releases chemicals that foul up the way the liver processes cholesterol and insulin. It also releases chemicals that can make cells more resistant to the effects of insulin, leading to type 2 diabetes. The shape of your waist often mirrors the quality of your health.

Excess abdominal fat can interfere with neurochemicals, resulting in depression.

These metabolically active fat cells can release chemicals that cause blood clots to form in the capillaries, reducing the amount of blood that can flow to vital organs, such as the brain and coronary arteries. They can also block the release of nitric oxide (NO), the body’s natural vasodilator that relaxes the pressure inside the arteries. Lower NO levels in the bloodstream lead to high blood pressure. A 2005 study in the medical journal Lancet concluded that the higher the waist-to-hip ratio, the great risk of heart attack. New research has also shown that cardiovascular disease begins in childhood. Ultrasound studies on the arteries of obese children revealed early stages of endothelial dysfunction from the accumulation of sticky stuff on the artery walls.

Studies reveal that men who carry around excess belly fat tend to have lower testosterone levels. Lower testosterone can trigger other agers, such as decreased muscle, cholesterol reversals (lower HDL and higher LDL), and higher triglycerides. Excess belly fat also increases female hormones like estrogen: an enzyme called aromatase that lives in the excess fat cells converts male hormones to female hormones. That’s right – more fat, more estrogen, less testosterone. That explains why men with big bellies tend to have bigger breasts. Men, here’s a motivator: a recent poll by Men’s Health magazine revealed that the number one body change that women would like to see in their men is a flatter belly.

These toxic fat cells can manufacture chemicals that increase the risk of getting all cancers, especially breast and colorectal cancers.

Strive for nice number. Women, keep your waist measurement under thirty-five inches; men, under forty inches. Middle fat is a good news/bad news scenario. The good news is that while it’s easiest to put on fat around the middle by eating too much or moving too little during prime time, middle fat is also the first to go when you follow the Prime-Time Health plan.