Ever wonder why it’s so hard to stick to a diet? The reason is your body naturally resists change, even when it’s for the better. It’s like a company that is overloaded with too many employees; inefficient, mismanaged, and downright unhealthy.  The 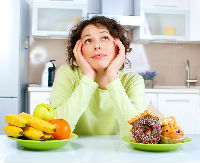 shareholders of the company, let’s call it Obese, Inc., vote for a buyout, so new management takes over. The overweight company had developed a complex network of extra staff to support one another, and because there were more people, more managers were needed, the payroll was high, and office space was at a premium. The new management wants to trim this redundant support system, but the workers fight to keep their jobs. The company resists downsizing. This is a great metaphor for the dieting difficulties your body goes through.

The Body Holds Onto Fat

The body acts in a similar way. In order to lug around 20 pounds of extra fat, the body develops a support network. The heart has to pump more blood, there are extra nerves, the hipbones widen to support the extra poundage around the middle, and extra calories are taken in to support this extra stuff. But the body is used to this extra stuff and looks for strategies that help it hang on to all of its “employees” and this is at the heart of dieting difficulties.

Back to Obese, Inc. In the early stages of trimming, company personnel are uncomfortable. There are pink slips, layoffs, early retirements, and demotions. Yet the management realizes that this initial discomfort is important in order to turn the company around. 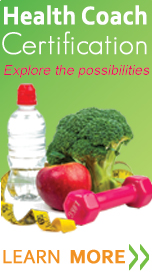 After a few months the company is running more efficiently, employees are happier, the stockholders are satisfied, wages are higher, and bonuses abound. The company is now trim, efficient, and making a profit. Now the support system fights to keep the company trim; an easier task now that those who had caused the company to become obese in the first place have been weeded out.

The same kind of metabolic changes occur in the body. The body initially fights the effects of eating less by resetting its metabolic set point lower, so it burns fewer calories and creates many dieting difficulties. The body is uncomfortable. It may occasionally feel hungry. Bu after a couple months of resisting the change, the body realizes that it is now feeling better, leaner, trimmer, and is working more efficiently with more energy. The dieting difficulties seem to have gone away. It has a new set point, a new way of working, and now it will fight to stay this way. Foods that it used to crave, it now shuns. Habits it used to enjoy it perceives now as threatening. And it keeps working harder to retain its new self.

Wise management changes a company gradually so there’s less resistance. This is the best way to approach the L.E.A.N. (Lifestyle Attitude Nutrition Exercise) program too. Overcoming dieting difficulties is easier when you make wise changes slowly rather than trying to change your lifestyle, exercise habits, attitude, and nutrition completely all at once.