Laughter Heals the Body and Soul

The Science Behind How Laughter Heals

The old saying “laughter is the best medicine” has a lot of truth to it. Laughter has many healing properties that are not limited to just mental health or reducing stress. According to Dr. Sears, laughter has many positive physiological effects, from promoting longevity to boosting the immune system. 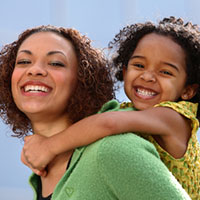 Dr. William Fry, a Stanford University psychiatrist, noted that children laugh more than four hundred times a day, whereas adults laugh only about a dozen times a day. Norman Cousins in his book Anatomy of an Illness as Perceived by the Patient, calls laughter “inner jogging” because a good-hearted belly laugh gives every system of the body a workout.

If you are suffering from grief or depression, laughing at a funny joke can bring momentarily relief. Depression is accompanied by suppression of the pleasure-enhancing neurochemicals in the brain. Persons suffering from chronic depression often admit, “Nothing is funny to me.” Laughter reverses this process by triggering the release of feel-good neurohormones, such as endorphins and dopamine. Researchers believe that laughter activates the pleasure pathways in the brain.

A fascinating new area of research, dubbed psychoneuroimmunology, finds that depression suppresses the immune system. Studies show that the stress hormones epinephrine and cortisol decrease during and following laughter. Researchers at Loma Linda University School of Medicine found that medical students who watched comedy videos had a significant increase in T-cells (cells that circulate through the body and gobble up germs) and lower levels of the stress hormone cortisol. Laughter boosts natural killer cells, which are suppressed during stressful experiences. Studies have shown that people with allergies experience fewer allergic reactions after watching humorous films. A study at Mount Sinai School of Medicine in New York showed that in widowers, the number of natural killer cells goes down for almost a year.

Laughter Perks up the Heart

Laughter makes your heart happy. It increases the heart rate and circulation, much like an aerobic workout. And, like exercise, after that laugh subsides, the heart rate drops below average, the improved circulation continues, and the body goes into a state of relaxation. Are you ever so angry at someone that you can feel your blood pressure rise? Let go of the anger (not so easy!), and read or tell a joke instead. Less-social and excessively serious people have higher rates of heart disease.

There is nothing more energizing that a good belly laugh. Laughter gives a good workout to the diaphragm muscles. Also, laughter breaks up muscle tension in the face. The vibrating muscles of a hearty laugh give you an internal massage.