We were recently asked by one of our coaches about the difference between flax, chia, and hemp seeds.  With foodies blogging about some of these more obscure food items it is likely you may hear about them from your clients too so we thought we would give you the scoop.  Here are the facts about flax, chia, and hemp seeds including their history, nutritional value and the many ways you can enjoy them. 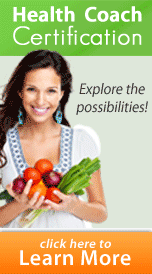 Flaxseed is thought to have originated in the Mediterranean and the Middle East, but is now grown virtually worldwide.  Flaxseed is cultivated for both culinary and domestic uses.  Flaxseed is available in its original seed form or made into oil, but is also used in livestock feed and non-food grade is used in wood finishes, paints and other industrial supplies.

Flaxseed is rich in omega-3 ALA providing about 2300mg per tablespoon. It is a good source of soluble fiber (about 3g per

tablespoon) and rich in lignans, which are powerful antioxidants.  Flaxseed also contains protein, as well as Vitamin B1, copper, manganese, fiber, magnesium, phosphorus, and selenium and has a low glycemic index. Flax is good for the cardiovascular system, helps prevent cancer, and helps maintain good digestive health.  Ground flaxseed can be added to smoothies, baked goods, or sprinkled on just about anything.

Flaxseed can be purchased either whole or already ground.  Grinding the seeds prior to consumption helps increase their digestibility.  Once ground, flaxseed is more prone to oxidation and spoilage so should be packaged in a light-protective pouch and refrigerated in an air-tight container after opening.  Ground flaxseed will typically last about 6-16 weeks.  Between flax, chia, and hemp seeds flaxseed is the most affordable and can be purchased in bulk for about $1.99 per pound.

Chia seeds come from a flowering plant in the mint family.  They originated in Mexico as early as 3500 B.C. and are currently harvested in Mexico, South America, and Australia.  Chia seeds are an unprocessed whole-grain food that has a mild nutty flavor similar to poppy seeds.  They are unique among flax, chia, and hemp seeds as they can be readily absorbed by the body as seeds and do not need to be ground.

Chia seeds can be added to both foods and beverages. They are most often sprinkled on cereal, sauces, vegetables, rice dishes, or yogurt, or mixed into drinks and baked goods.  Chia seeds are much more expensive than flaxseed at about $10.00 per pound.

Hemp is a variety of the cannabis plant, which is very hearty and can grow quickly in very diverse soil conditions.  Like flaxseed, hemp has been cultivated for thousands of years for both the fiber and seeds.  Traditionally, the fiber obtained from hemp has been used more for its textile properties than for its nutritional value.  China has been the largest hemp producer over the years, but it is also grown in Australia and Canada.  It has been illegal to grow hemp in the United Stated due to the marijuana prohibition, however both Colorado and Washington recently passed laws allowing it.

Adding variety to your diet is a great way to boost nutrition. Now that you understand a little more about the history, nutrition and uses for flax, chia, and hemp seeds try adding one of these seeds to your next snack or main dish and enjoy!